Are You Being Sexually Harassed At Work? Take Those Solid Steps! 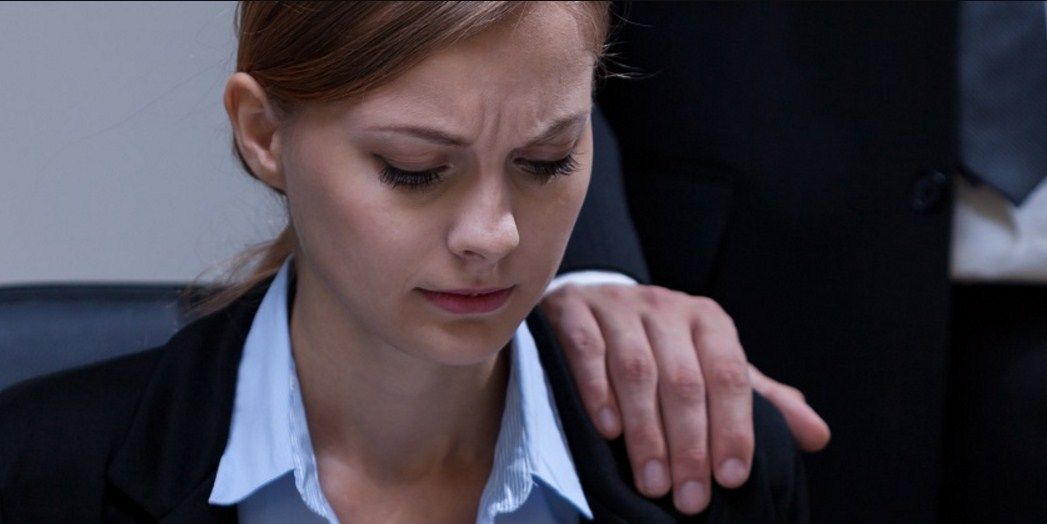 People file complaints when they are faced with sexual harassment as it might be really hard for them to cope with their daily activities at work and this might affect their performance.

Most of these complaints are not executed properly; this is why the knowledge on how to deal with sexual harassment is important as it questions the rights of not only employees at work but human beings.

Crimes against women are reported every two minutes in India; violence faced is psychological violence, physical violence, sexual harassment at workplace, financial violence, religious violence in the form of Triple Talaq (though Supreme court has made instant triple talaq invalid), etc. With little awareness, transformation can happen, but this requires knowledge of laws, good family and friend circle bond, connecting with women's rights groups and good workplace culture at the workplace.

What Is Sexual Harassment Under Indian laws?

Also, asking and demanding sex or any other sexual activity is sexual harassment. For instance, if the head of a department or office tells a junior staff to have sex with him to get promoted or to get her unsolicited consent to do so, it also falls under the sexual harassment category.

It is important to know that the Indian Bar Association piloted a survey on sexual harassment in the workplace in 2016; about 6,047 participants (male and female) answered their questionnaire and most of these people came from sectors like the media, education, legal, and medical backgrounds. These participants were also from Delhi, Mumbai, Bengaluru, Hyderabad and some other major cities.

According to this survey, about 38% of the participants encountered sexual harassment in the workplace. Most of the participants that were victims, especially women, dealt with this act on their own without having to lodge formal complaints to special authorities due to fear, embarrassment, unawareness, etc. About 69% of the victims reported these cases unhindered by the repercussions whatsoever.

Also, according to the survey which was conducted by the Indian Bar Association, it was discovered that the nature of sexual harassment involved touching and physical harassment.

Surprisingly, about 65% the victims’ answers were ‘no’ when asked if the company which they complained to followed the process under the Sexual Harassment of Women at Workplace (Prevention, Prohibition, and Redressal) Act, 2013.

What Is The Sexual Harassment of Women at Workplace (Prevention, Prohibition, and Redressal) Act, 2013?

Sexual harassment results in the violation of the fundamental rights of a woman to equality under the articles 14 and 15 of the Indian Constitution and her rights to life, to live with dignity under article 21 of the Constitution and right to practice any profession or to carry on any occupation which includes a right to a safe environment that is free of sexual harassment.

What Happens Once a Complaint is Filed?

The affected victim might decide to let the matter settle amicably through ‘conciliation’. This is a process whereby the two parties sit down and agree and payment of money cannot be part of the agreement. If the victim does not want the matter to settle through conciliation, an inquiry procedure will start immediately.

The Internal Committee will have to conclude it within 90 days. This procedure can take place in the office, but if there is no committee at the workplace, it will take place according to the general law. If the Committee finds out the accused person is guilty and sexual harassment has taken place, the Committee will recommend some actions to the employer.

These activities can be taken as per the company’s rule and they include writing an apology and a warning, stopping of promotion or increment, firing the person, and community service.

The Duties Of Employers

If we want our companies to function better, we should make sure that the employees working in our offices are taken care of. Apart from the many issues that plague the modern employee, sexual harassment can be a shameful and unfortunate example of unethical exploitation. It is time that we understand the needs of our employees, men or women, and work towards an affable and productive environment in the workplace.

What are Some Good Qualities of Rahul Gandhi?

12 Reasons Why Your Personality may be Impaired