Jihad is rooted in Islamic preaching, a monotheistic religion whose center figure is Prophet Muhammad who born in 570 AD in most powerful tribe named as Quraish of Mecca and commenced conveying message of God first in Arabian Peninsula which constitutes of Yemen, Oman, Saudi Arabia, Qatar, Bahrain, Kuwait and the United Arab Emirates as well as parts of southern Iraq and Jordan. He is considered as the last messenger of God in the line of Adam, Abraham, Moses, Jesus and other predecessor prophets. 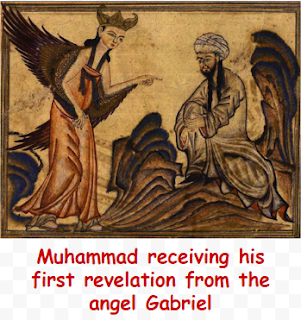 The Arabic word 'Islam' simply means 'submission', and derives from a word meaning 'peace'. In a religious context, it means complete submission to the will of God. Later Islam split into many classes, among those main are Shia & Sunni. Shia Muslims emphasize the special spiritual and political leadership of imams. Unlike Sunni who prays five times, Shia Muslims pray three times during the day. There have been many civilizations in the said region prior to Islam which dated back to even 106000 to 130000 years and during Roman period there were great merchants of Arabia which were known as Nabateans and they traveled all over the region to trade and built massive carved stones and populous cities. However geographically Arabia has been very harsh to live as during summer temperature rises above 120 degrees Fahrenheit and during winter it can fall below freezing point. Rain falls only once or twice in a year and causes flash floods since sand has almost no holding capacity. Powerful sand winds may rise 800 feet into the sky and cause landscapes or transform into sand dunes. Most of the land is in the form of gigantic three deserts which are mainly An Nafud, Ad Dahna, and Rub’ al Khali. Being a land bridge between Africa and West Asia Arabia also has the long history of geopolitical instability because most of the region was divided into many many tribes, religious disciplines, cultures and empires and rise of Islam in 7th Century from Saudi Arabia brought the unification among all groups & in next one century Islam became single largest religious body in the area.

What Jihad is Not:

There is no place in the world where there is no conflict, the society has its own nature and during its progress, violence and extremism are ever increasing and settling the stages, there are problems in the world and the Muslim community is also untouched. So they can not be specifically labeled for any kind of violence and because of any violence, jihad cannot be misinterpreted as such. Islam is definitely a peace-loving and tolerant religion, and jihad is not violence against other religions, it is not for the country to achieve the region or to colonize people, but to convert people to Islam or to communal riots. Does not even support Although the division is very important today, even the surface is religious, cultural, caste-based, political or imbalance in front of us. And In the UP, It is the extent of religious and caste-based divisions. But in any way, Jiyad is not responsible to discriminate against religion.

The idea of Jihad Among Non-Muslims:

Quran is the book of peace and not war but still what the impression of Jihad in which common non-Muslim keeps in his mind now?  This is very discouraging and certainly not what it really is. West knows it as holy war and media have popularized this as unholy through repeated wrong interpretations which have deteriorated its picture. It has been sensationalized to the extent that overall morale and belief of the Muslims is in question. Yes, few terrorist groups are there who justifies violence on the name of Islam and who are intolerant and hostile, they also twisted the true meaning and earned bad name but those cannot be recognized as the face of Islam when masses are in peace and true followers. 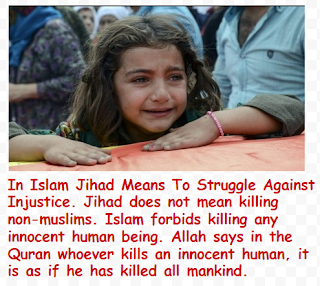 It is beyond any doubt that still Islam holds the same charm and is the fastest growing religion among non-Muslims because of its immense potential and because of that mujaheddin who understand its teachings, behold immense love in their hearts for the human race and are ever doing real Jihad for the cause of God.

True Jihad in the light of Scriptures :

Jihad takes a very important status in the doctrine of Islam and is one of the most important duties for every Muslim to become mujahid (one who does Jihad) to fulfill the purpose of life on earth. According to scholars, Jihad is an Arabic word from the root Jee Ha Da. It means to struggle or strive. Jihad is struggling or striving in the way for almighty God. Literally, every person is doing Jihad, a student is doing Jihad for study, the employee is doing Jihad to earn a livelihood, the soldier is doing Jihad for the nation, the politician is doing Jihad to serve society and doctor is doing Jihad for his patients. Islam teaches three kinds of struggles first is internal which is required to live out Islamic faith, this includes giving up anger, hatred, pride, malice, and greed, visiting the mosque for Ibadat or prayer, 2nd to make good Muslim society, community & nation, and 3rd to defend Islam. Quran throws light on Jihad with following verses:

"To those against whom war is made, permission is given (to fight), because they are wronged;- and verily, Allah is most powerful for their aid." Qur'an 22:39 "Therefore if they withdraw from you but fight you not, and (instead) send you (Guarantees of) peace, then Allah Hath opened no way for you (to war against them)." Qur'an 4:90 "But if the enemy incline towards peace, do thou (also) incline towards peace, and trust in Allah: for He is One that heareth and knoweth (all things)." Qur'an 8:61 "Fight in the cause of God against those who fight you, but do not transgress limits. God does not love transgressors." (Qur'an 2:190) "And fight them until persecution is no more, and religion is for God. But if they desist, then let there be no hostility except against wrongdoers."

Military jihad is rare, however as dictated in above verses when no peaceful alternative is there then use of force is permitted but with some conditions such as It does not allow rape and tampering with women in any way, children must be protected and overtures from enemy must be accepted. It has to be declared and launched by a religious leader or Imam or one who understands the depth of holy Quran. Still, in such an unavoidable act one should not cross limits of fundamental values and should go for peace if enemy asks for peace, should not poison water bodies with chemicals or should not use biological warfare to harm innocents. In al-Mughni, Ibn Qudama it is stated,

“declaring Jihad is the responsibility of the Imam and is his independent legal judgment.”7 Al-Dardir says, “proclaiming Jihad comes through the Imam’s assignment of a leader.”8 Abu Bakr Al-Jazaa’iri states that the pillars of Jihad are: “A pure intention and that it is performed behind a Muslim Imam and beneath his flag and with his permission. …it is not permissible for them to fight without an Imam.”

Muhammad’s Prophet-hood can be covered in two periods, first thirteen years after revelations in Mecca and later remaining ten years of his life in Medina. 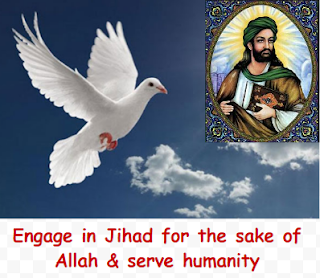 He has fought & led many battles & raids which were most offensive to settle the disputes for common good but that is only one side of his persona as the following example explains his loving nature and generosity as well as Jihad for peace & love: One old woman in the neighborhood used to rubbish Prophet Muhammad whenever he would pass her house on daily basis during his visit to the mosque. At the time when the old lady threw rubbish on him, he would always pass silently without expressing any anger, discomfort or annoyance. This used to happen on daily basis, old women would treat him a great enemy and he would never engage in her provocations. A few days later when the Prophet Muhammad was passing by, the woman was not there to throw the rubbish which was quite an unusual event. He got worried about her well-being and came to know the neighbor that she was sick and on the bed. He took the permission gently and visited her. Because he was worried about her health. He prays to her wellness.That's all because of love. Seeing the Prophet before her women thought that he might be taking revenge especially when she is in the weakest position of her life but next very moment she got astonished that he had come to her only to look after her needs as it was the command of God that always help sick and down and a true Muslim must visit him/her and should help voluntarily whensoever needed. This was his Jihad for love & peace. His revert with affection touched her so deeply that she surrendered to him and accepted Islam as religion & Prophet as the messenger of God. This is how she got understood that Islam was a true religion which could transform every heart.